Nigerians on social media have pushed back against a film reportedly written, to be produced, and directed by Yomi Black, a Nigerian filmmaker.

The film's synopsis follows the "narrative of a young woman who, after experiencing a miscarriage, seeks to find herself but instead gets sucked into toxic feminism."

The film sets out to expand on women's lives following miscarriages. In addition, it would show how the protagonists' suffering propels them down a path of increasing hatred and resentment.

‘This story has been in development since January 2022 and I’m super excited to work on this because the story is based on real-life events," Mr Black is quoted as saying. "It is my team and I that are telling this story which is more important than any backlash."

However, there have been many solid and divisive viewpoints expressed in response to the report's publication. 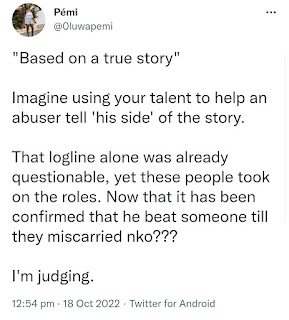 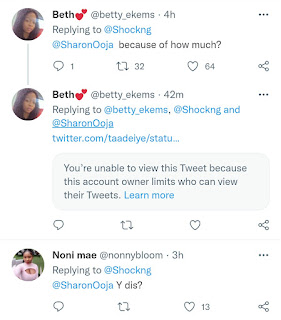 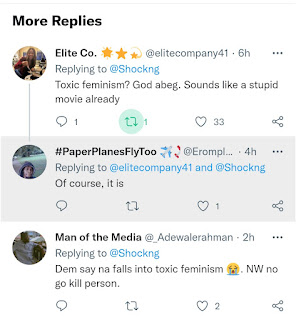 These reactions are, however, not unfounded;  Document Women has discussed how the Nigerian film industry, Nollywood, has a   history of depicting themes and values reflective of the conservative and largely misogynistic Nigerian society.

Harmful stereotypical depictions, the trivialisation of rape and domestic violence, and stories that denigrate women and push moralistic misogynist views have come to be associated with Nollywood.

The article explores the tendencies of Nollywood movies to primarily promote patriarchy and how they continue to reinforce the stereotype that the nuclear family unit is ideal and that any deviation from it is almost criminal.

They do this by portraying reconciliation with abusive or cheating husbands and women marrying their rapists as a resolution of those issues and as a solution for the greater good. The message is that the supposed sanctity of marriage supersedes all, even the well-being and wishes of the woman.

In another article, Document Women explored the silence culture peculiar to Nollywood while citing the case of Baba Ijesha and how the Theatre Arts & Movie Practitioners Association of Nigeria (TAMPAN), headed by the chairman: Jide Kosoko, suspended Iyabo Ojo, Nkechi Sunday for their involvement in the case and in calling out their colleagues for rape culture based on “professional misconduct”.

The Modern Woman, although yet to be released, does leave one thinking about what would be done differently; if this would be an excellent precedent for other Nollywood movies to come, or if it would fall in line with the rest.

The cast for this drama has been confirmed to be Timini Egbuson, Sharon Ooja, Bimbo Akintola, Ebere Nwizu, Juliet Ibrahim, Chinoso Arubayi and many other talented acts.

Anita Damjanic is the executive producer, and Seyi Babatope is credited as the director of photography.